David* and that is his real name, once told me that some of his colleagues would rather die than say ‘we’ve stuffed it up.’ Instead, catchy phrases were used to paper over the cracks of reality. We’re not failing. We’re restructuring. We’re not looking at why we’re in such a mess. We’re conducting an organizational review. We’re not firing him. We’re offering him a package.

And I  have a favorite,  ‘It’s not that we lose money on our projects. The fault is with accountants who don’t understand our industry’.

David and I worked together in a large US company that had a sizable presence in the UK. The CEO at the time gave a speech containing the phrase, failure is not an option. There was an audible groan coming from David’s direction. We both viewed that kind of claptrap as dangerous.

Because failure is an option. And it must be. It occurs so frequently. Surely failure must be talked about as an option or possibility if you plan to avoid it.

The danger in being unwilling to say ‘this is wrong’ or ‘we’re off course’ is that you keep wandering off course toward guaranteed failure. If everyone is obeying a mantra that ‘failure is not an option’ then who is the brave soul that will say, ‘hey, I think we may be failing!’

When few possess moral courage and the consequences of speaking out are punitive, then a dreaded CYA (or Cover Your Arse) culture emerges. Covering one’s arse is where the majority of time, energy and creative thinking is spent. A kind of willful blindness sets in and everyone begins to call failure something else, preferably something akin to winning. It is delusional. 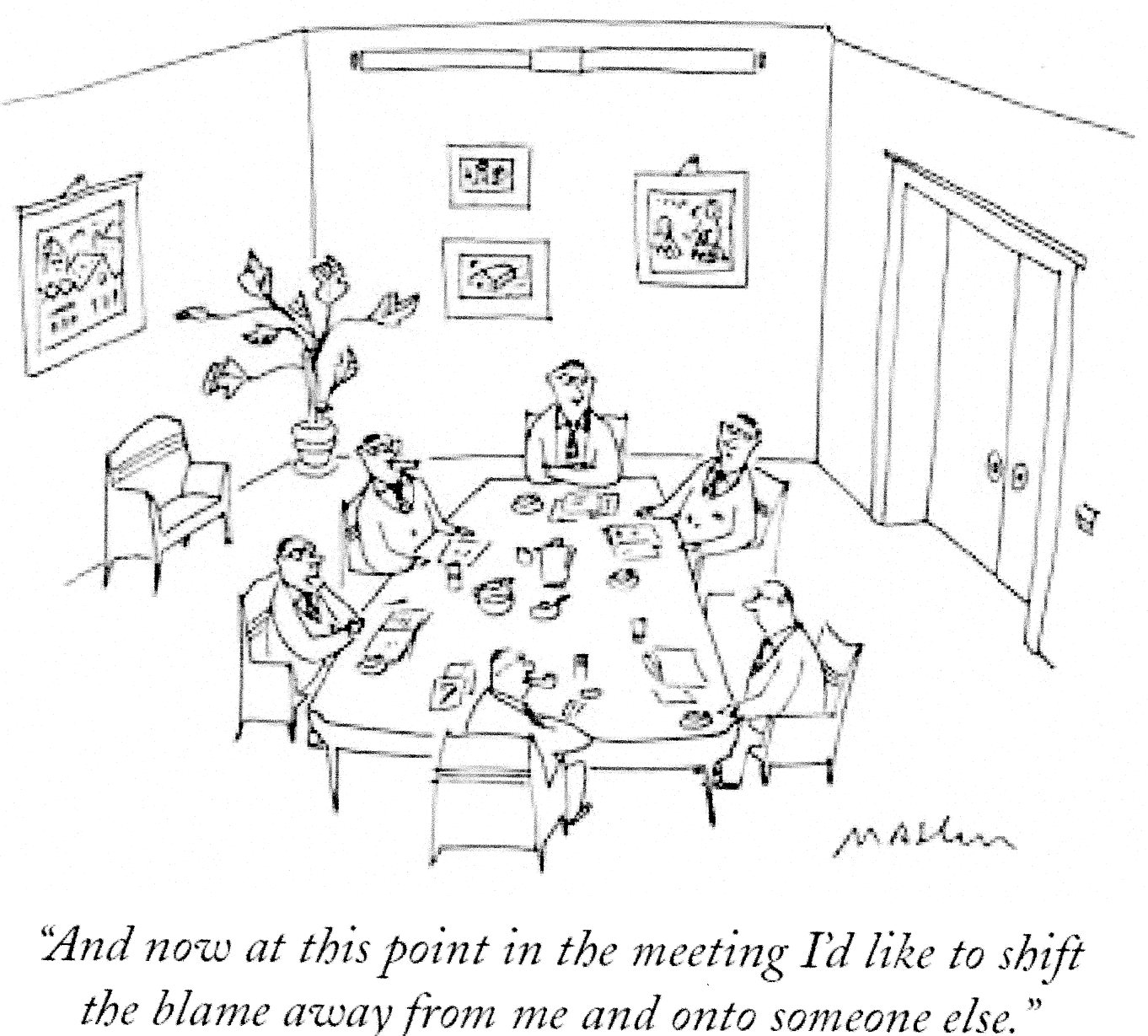 There are times to put the Yee-Ha speeches aside and get real. All decisions carry risk.  Not being able to face risk can result in analysis paralysis. Being unable and unwilling to hear about reality will inevitably result in surrounding yourself with yes men.

Corrective actions are usually possible and the earlier and quicker you correct, the faster you head toward something that looks like success.

The rational choice is to tell it like it is and then reorganize and change direction. Adjust the sails. Smart bosses appreciate people who speak up.

Henry Ford said all this a long time ago: “Failure is simply the opportunity to begin again, this time more intelligently.”

7 thoughts on “Failure is an option.”