David, who was mentioned last week, just sent a link on the subject of unhelpful business language. It was a review of the book, Who Touched Base in My Thought Shower: A Treasury of Unbearable Office Jargon by Stephen Poole.

Some of the prime offenders for author Poole are; journey, backfill, going forward, leverage, no-brainer, sunset (as a verb), workshop (also as a verb) and zero cycles – which is a new one on me. In fact, thought shower was a new one on me and apparently replaces brainstorm, which has now been deemed offensive by the thought (shower) police.

Zero Cycles is a phrase now used to explain our limited time. It replaces the phrase, ‘no chance’ and it works like this; How many time cycles do I have to spare? I have zero cycles, mate!’

Recently another friend told me that an employee reporting to her, refused to do something by saying ‘I don’t have the bandwidth to help you right now.’ As Poole writes, ‘these are polite and groovily technical ways of saying: “Bugger off and don’t ask me again.”’ 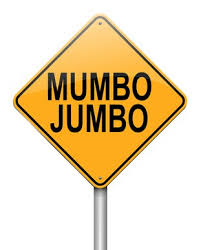 Another colleague loathes anyone telling him that they are reaching out when they are simply calling him on the phone. “And must they tell me they’re touching base when the words contacting or calling will do?”

I am not without sin here. I have found myself using the phrase upskill a little too often lately and I know I use the phrase off-line more than is necessary.

Clearly many people are cynical about this office language because versions of Buzzword Bingo have been in circulation for a while. Cards are easily drawn up if you wish to play. The idea is that you distribute slightly different cards before a meeting, or just play a card you’ve created in secret. Call out ‘Bingo!’ as soon as you have drawn a line between words or phrases such as ‘no blame culture’, synergy, mindset, best practice, ‘at the end of the day’ and ‘value added’. No need to fret if it takes a while. You will hear eventually unnecessary buzzwords in most meetings.

What do you think of this modern office language? Is it helpful or not? What is your (least) favorite word or phrase in the lexicon of office jargon? Are there some words and phrases we are stuck with now because they are ‘fit for purpose?’ Eek – there I go again!