The news about job security has never been good for my generation. We had one headmaster who thundered ‘many of you will end up on the dole!’  He was clearly warming up to a second career as a motivational speaker. Younger generations are now hearing that robots are after their careers.

Kevin Drum, writing on the Mother Jones website, posted an article titled You Will Lose Your Job to a Robot – And Sooner Than You Think. Sometime in the next 40 years, wrote Drum, robots are going to take your job. The advances to focus on are not those in robotic engineering – though they are happening too – but the way we’re hurtling toward artificial intelligence, or AI. According to his article, robots can now play Jeopardy better than the best humans. Welsh police recently made the first ever arrest in the UK using facial recognition software and an Uber truck delivered 200 cases of Budweiser 120 miles from Fort Collins, Colorado to Colorado Springs, without a driver at the wheel.  How very human and reassuring to read that these early applications involve the delivery of beer.

Drum’s article is interesting, but it is not quite as alarming, or promising, as I had hoped. He predicted that by 2022, robots would be expert at folding laundry. Can’t they hurry up with that device? I watched Lost in Space religiously as a child and I would swear Maureen Robinson extracted folded and wrapped laundry from a machine resembling a desk printer. Was I naïve to hope that someone was working on this machine? I also believed that Rosie the robot cleaner from The Jetsons, would be a fixture in my future home.

Robots will, we are told, have the positive capacity to free human beings from drudgery. Will they kindly attend some meetings on my behalf? Better still, can a bunch of robots just hold the meetings and report back? I have sat next to people in my working life that could easily be replaced by any seat warming device.

John Maynard Keynes wrote an essay in 1930 titled Economic Possibilities for our Grandchildren and predicted that the working future was a 15 hour week.  When studying Labour Economics in the 1980s, I was assured that technologies such as the personal computer, email, word processor and mobile phone, were all going to reduce our working week by so many hours, that we would be challenged to fill the leisure time. It is forty years on and I am often challenged to find the time to scratch myself.

Bernard Salt writes in his regular column in The Australian, that a lot of low skilled and unskilled, work is being outsourced to developing economies. The work we keep will divide into a world of technocrats and a world of knowledge workers; people who have technical proficiency and people who design, manage and implement. That may be overstating it a little. I noticed during lock downs that truck drivers, nurses and farm workers were in desperately short supply. Not many people worried about the shortage of technocrats.

Sometimes the pendulum swings the other way. At the Shake Shack fast food outlet in New York, orders are handled by a Chat Box and payments are cashless. Fast food has tried to eliminate human decision making from its processes for a very long time. The flavour, and dare I say, joy, in a burger has often reflected this strategy, which could explain why gourmet burger joints are now thriving.

My generation, just like every other generation since the Industrial Revolution, has seen jobs disappear gradually in our lifetime. We have also seen jobs created. How many bank tellers were made redundant by ATMS? How many supermarket checkout people lost their shifts due to self-serve islands? How many check-in staff and baggage people at airports have been out of work now that we perform a lot of these tasks ourselves? And yet banking, retail and airlines are still big employers. Sometimes the jobs replaced were pretty boring. Did anyone really enjoy working in a toll booth before e-tags came along?

And so, I am not as worried about this as I possibly should be. I am a rational optimist at heart. I think human beings are resilient and change is never quite as radical or dreadful as we fear.

The best chance of future proofing the demand for your work is to ensure you have the skills that are in demand, but we will always need some work that is not strictly technical. The most vulnerable workers are the inflexible. This has always been the case. Our children and their children will need to continuously learn and adapt. They will also need soft skills such as resilience, grace under pressure, good manners, diligence and the ability to work hard and smart. There is nothing very new under the sun after all. 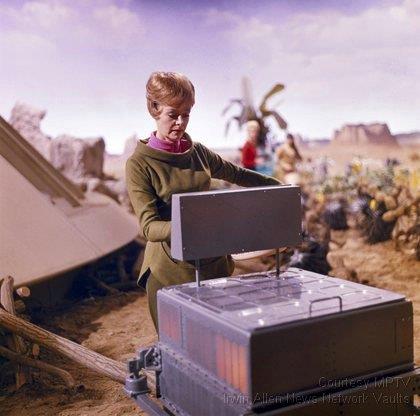 4 thoughts on “A Robot will take my job. When can it start?”