I recently came across a 2014 article from The Atlantic Journal by Kevin Roose titled; The Woes of Wall Street; Why Young Bankers are so Miserable. Roose claims to have spent three years shadowing a group of young Wall Street workers. (That might have needed some explaining down at the precinct).  He concluded that the (a) hours, (b) lack of security, and (c) absence of purpose, all contributed to depression and health problems among his subjects. Without exception, they expressed a desire to quit and said that working in finance was ruining the pleasures of a normal life.

Roose added in this piece, it might sound strange, but many young people come to Wall Street expecting to make the world a better place.

It certainly does sound strange, Kevin, and I have to marvel at the naivety in expecting to find the chance to become a young Ghandi or Jonas Salk in the halls of Goldman Sachs. But I digress. Roose was simply noting that money was not a motivator for the young Wall Street workers.

So where have I heard this before? In 1968 Frederick Herzberg said that money was not a motivator in a famous article; One More Time, How Do You Motivate Employees? He made a distinction between extrinsic satisfiers or hygiene factors and intrinsic motivators and then spent many years explaining that while money mattered, it did not inspire any great boost in productivity. Pay, conditions and reasonable security stopped our work motivation going backwards but these things did not inspire us to do greater things. Other factors might provide that positive ‘kick in the ass,’ and Herzberg used that term freely, and these included being interested, being recognised and sensing some purpose in the work. You will find Fred’s conclusion being rehashed in a slightly reworded form every couple of years.

Why did Herzberg use the term hygiene factors?  My favourite explanation of this came from a talk given by Warner Burke, an early teacher in the subject of Organisation Development. He said that hygiene factors were to motivation what washing our hands before eating was to fried chicken. The action of washing our hands would not make the chicken taste better but it might stop us from becoming sick. 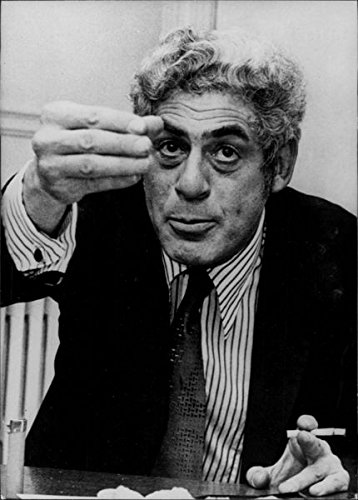 Herzberg’s words about pay and motivation make perfect sense to me now. I once had the joyous task of handing out pay increase letters around the office. Did these letters produce wild and crazy dancing on the spot? Did anyone say, ‘Wow! A pay rise! I‘ll just work that bit harder and smarter to justify this.’ Nope. Not a bit of it. Envelopes were sometimes snatched from my hands with accompanying grizzles such as, ‘about time too! and ‘when’s the next one?’

My unpublished and unrecognised theory of pay, is that the average length of time of increased motivation from a pay rise, is about thirty seconds. This was the consequence of observing how long it took for the pay rise recipients to discover that someone else got a few dollars more. This was easily observed and noted by hearing the exclamation ‘are you f**king kidding me?‘ as I left the general area.

The first time I saw a film clip of Herzberg was in my early undergraduate days. I thought he seemed to be stumbling around a lecture stage like a drunk. Perhaps he was. I later discovered he was among the first soldiers to arrive at Dachau concentration camp at the end of WW2. He later said that this experience, and talking with ordinary Germans, led to his fascination with human motivation.  Given that experience, and the sights that must surely have haunted all his days, I wonder what he would make of those young people on Wall Street, free to at least pursue the ‘pleasures of a normal life,’ even if they did get cruelly sidetracked by large pay packets.

Money is not a sure-fire motivator. I think we all know that somewhere in our hearts. It matters, sure, but you cannot guarantee that it will lift performance or change behaviour for any sustained period of time. Lately I read that pay is about to rise significantly in Australia, largely at the executive levels. I predict that the bounce in loyalty and zeal will last about thirty seconds.  But that’s my theory.  What do you think?

2 thoughts on “On Herzberg, Fried Chicken and Freedom”